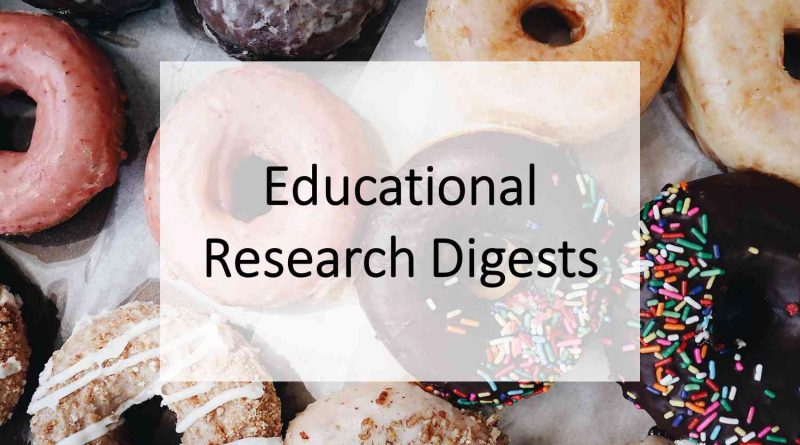 Click on the links below to access some good quality educational research – I’ll keep the page regularly updated with new stuff. Key points from each paper are contained in the bullets.

*NEW* The Cultural Myths and Realities of Classroom Teaching and Learning, by Graham Nuthall (2005)

Easier Seen Than Done: Merely Watching Others Perform Can Foster an Illusion of Skill Acquisition, by Michael Kardas and Ed O’Brien (2018)

The Pen Is Mightier Than the Keyboard: Advantages of Longhand Over Laptop Note Taking, by Pam Mueller and Daniel Oppenheimer (2014)