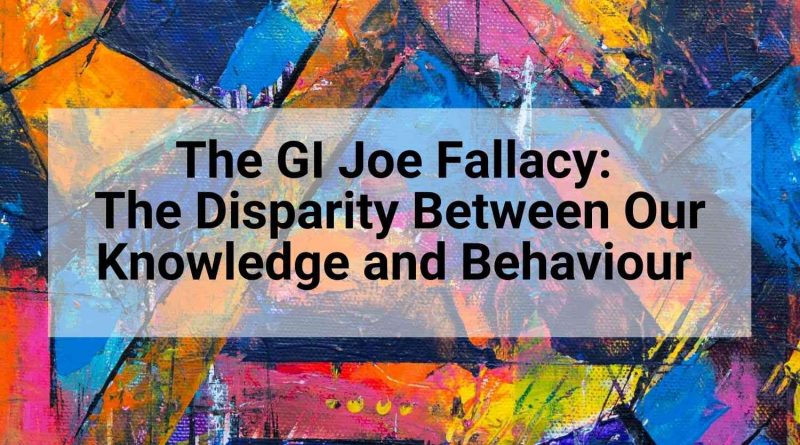 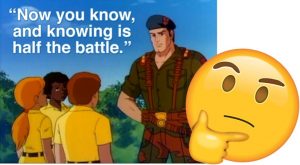 The GI Joe fallacy describes the disparity between our knowledge and our behaviour.  For example, rationally, we know about the halo effect and our tendency to be disproportionately influenced by superficially attractive characteristics.  However, crucially, this knowledge doesn’t prevent us from making flawed judgements.  This is something that Timothy Wilson and Nancy Brekke explore in a paper called ‘Mental Contamination and Mental Correction’ – you can read it by clicking here.  The bit below, taken from the first page, seems particularly relevant right now…

‘Teachers would rather not give a student a high grade because the student is physically attractive, yet there have been repeated demonstrations of such halo effects.

The wider debate about the accuracy of Teacher Assessed Grades is an important one.  In short – and this is uncomfortable to accept – we’re likely to judge disadvantaged students less favourably than their more affluent peers despite being aware of common cognitive biases like the halo effect (above), affinity bias (we judge those who are similar to us more positively) and confirmation bias (we seek out information that confirms our beliefs).  And the debate doesn’t end there.  We’re also likely to judge students from black and ethnic minority backgrounds less favourably.  Ultimately, the inconvenient truth that knowledge alone does not improve performance will always remain.

If you still have doubts about the GI Joe fallacy, I’ll offer one more example that I hope you’ll find persuasive.  Once again, it’s connected to the halo effect.  In their study on the validity of lesson observations, Julie Cohen and Dan Goldhaber demonstrate that observers are prone to biases based on ‘the composition of students’ in a class and they highlight that ‘teachers with students with higher prior achievement receive higher observation ratings.’  Despite our very best efforts to be fair and meticulous, the judgements we make are never entirely objective.  You can read the paper by clicking here.

I’ll sign-off by citing a final study, which you can read by clicking here.  It seems that people – including me – believe that biased thinking is an affliction that affects everyone else.  There’s a pithy comment to be made somewhere, but I’m just not smart or funny enough to make it (I do know at least that much).  So, instead, I’ll give you one of the headline findings…

‘The more strongly people believed that biases widely existed, the more inclined they were to ascribe biases to others but not themselves.’

So, now you know: knowing isn’t half the battle.