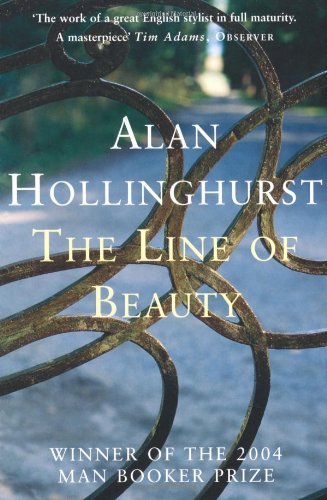 Phatic language is commonly called small talk.  It’s the language we use to perform a range of important social functions: to make others feel welcome or to initiate conversations, for example.  Think back over the week…  Like me, you’ve probably commented from time to time on the changing weather conditions (very interesting) or some of the surprising results from Euro games (very, very interesting).  It’s all about being polite, innit.

Literary fiction provides us with countless examples of phatic conversations.  Here’s one from The Line of Beauty, by Alan Hollinghurst:

Nick staggered and laughed and stuck out his hand.  ‘I thought you’d be inside.’

Leo nodded, and looked down the street.  ‘This way I can see you coming.’

‘Besides, I wasn’t sure about a bike, in this area.’ 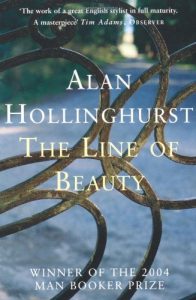 In the conversation above, Nick Guest, who has ‘never been on a date with a man before’, has just met Leo Charles for the first time.  Leo is a man in his late twenties with a job in local government; Nick has recently graduated from Oxford University.  Understandably, Nick is nervous, not least because he is only really beginning to come to terms with his homosexuality.  However, he is also excited and has high hopes for the evening.  When Nick eventually catches a glimpse of Leo from afar, his first impressions aren’t particularly encouraging – he turns out to be ‘quite small’ and has ‘a kind of beard.’  Nevertheless, Nick is not to be put off and he goes ahead to approach Leo.  As you might expect, bound by social protocol, the opening exchanges between both men are nice and friendly: Leo attempts a joke and Nick responds appropriately by laughing.  Here, phatic language is used not only to mask the awkwardness of the situation itself, but also by Nick to politely conceal his initial disappointment.  And just as well: from that point onwards, the relationship between the two develops rather quickly.

Making small talk, no matter how mundane the topic, can be difficult to do – as I think the conversation between Nick and Leo suggests – and this is something that the poet Philip Larkin reflects on in Talking in Bed.  Larkin imagines a scene between two partners who are seemingly unable to communicate:

Talking in bed ought to be easiest,

Lying together there goes back so far,

An emblem of two people being honest.

Outside, the wind’s incomplete unrest

Builds and disperses clouds in the sky,

And dark towns heap up on the horizon.

None of this cares for us. Nothing shows why

At this unique distance from isolation

It becomes still more difficult to find
Words at once true and kind,
Or not untrue and not unkind.

Despite the couple’s close physical proximity, they find it hard to exchange words with each other that are genuinely kind in nature.  Beyond this, they also find it increasingly difficult to make small talk.  And it’s this absence of phatic language that reveals the weakness in their relationship.  Small talk might outwardly communicate very little, but that doesn’t mean it’s meaningless or unimportant.  Quite the opposite, in fact.

Click here to download a Word document that includes all the Literacy Shorts posts for you to use/adapt/ignore as you see fit.