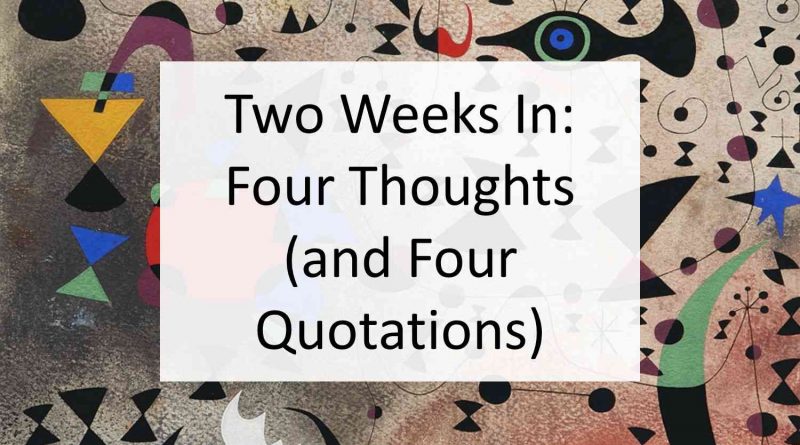 I started at a new school in January.  It’s been a frenetic, but enjoyable two weeks.  If you’re uninterested in my self-indulgent reflections, I hope you’ll at least enjoy the quotations – particularly the first with its beautifully placed colon.

‘The past is a foreign country: they do things differently there.’

The Go-Between, by L. P. Hartley

One of the most annoying things I’ve frequently found myself doing over the past couple weeks is starting my sentences by saying, ‘at my old place…’  Stepping into a new role mid-year obviously requires speedy adaptation.  The comforting familiarity of former systems and procedures is hard to shake, but it’s vital to do so – and quickly.  Nearly there with it.

‘Catherine: Why? What do you want?

Eddie: I want my respect. Didn’t you ever hear of that?’

A View from the Bridge, by Arthur Miller

I think it might have been Tom Bennett who said that each school is actually two: there’s the tough school inhabited by new and inexperienced members of staff and then there’s the far more comfortable one occupied by those who have been there for a while or who hold relatively senior positions.  Right now, I’m in the former.

Blanche: Whoever you are – I have always depended on the kindness of strangers.

This is a big one.  Starting somewhere new at any time, but I think particularly mid-year, requires an almost infantile dependence on those around you – staff and students alike.  On a really fundamental level, it’s about getting around from room to room without getting hopelessly lost, but it’s also about receiving (lots of) help to understand the myriad of different systems and cultural norms.

Over the Christmas break, I outlined ideas for what I wanted to achieve in my role before the end of the academic year.  I swiftly realised, however, that my plans were based on a school that I only actually knew faintly and in the abstract.  All that stuff about the importance of domain specific knowledge in effective leadership – it’s completely true.  My carefully crafted plan for the next six months was no use at all.  I needed a plan for ‘tomorrow’.

Before I sign-off, a very big thank you to the staff at my new school who have been exceptionally kind and endlessly patient. 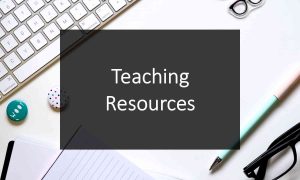 You can opt-out of receiving emails at any time.  We will not share your data with anyone else.  Find out more about how we handle your data here.