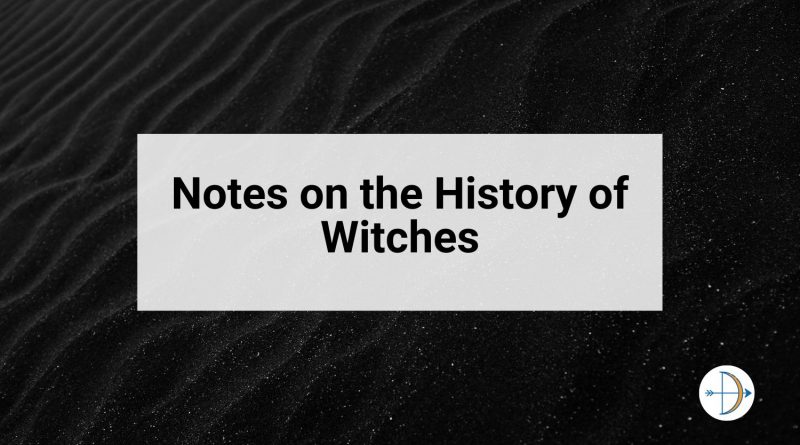 Notes on the history of witches (based on material from Malcolm Gaskill, University of East Anglia) to help illustrate the bigger picture when teaching Macbeth.

There was widespread belief about witches in the classical world (although they aren’t always called ‘witches’). For example, in Greek mythology, Hecate was the goddess of magic and spells, and she had animals associated with her – perhaps explaining the origin of the ‘familiar’. At Teos (modern day Turkey) during the 5th century BC, a man and his family were sentenced to death for supposedly practising harmful magic. Witches also feature in the Bible, with King Saul seeking the Witch of Endor in order to summon the ghost of the prophet Samuel. The famous phrase from Exodus 22:18 – ‘Though shalt not suffer a witch to live – was used in later centuries to justify the persecution of those suspected of witchcraft.

Witchcraft became intrinsically linked with both the Devil and heresy during the Middle Ages. In 1374, Pope Gregory stated that all magic was performed with the help of demons.

In the 15th century, witchcraft was frequently blamed as the reason for various hardships in the world. For example, there were disastrous harvests in Alpine Italy and Switzerland between the 1420s and 1430s – and witchcraft was blamed. The Hammer of Witches (Malleus Maleficarum) was a text written around 1468 by two German Dominicans. It was essentially a manual for the hunting and persecution of witches. During its time, it failed to gain much influence. However, it gained popularity during the late 16th and early 17th centuries and was widely translated into French and German.

During the late 16th and early 17th centuries, James I helped to create national witchcraft panics. He outlined how witchcraft was a pact between humans and demons in Daemonologie, which was published in 1597. The text was instrumental in Witchcraft Act of 1604, which was built on earlier laws that defined witchcraft and provided specific punishments. The English witch hunts reached their peak in the 17th century. Matthew Hopkins, a notorious witch hunter, is believed to have been responsible for the deaths of roughly 300 women between 1644 and 1646. By the late 17th century, witch hunts and trials began gradually began to decline in Europe. However, In 1692, notorious witch trials took place on the other side of the Atlantic in Salem, Massachusetts. The trials resulted in a total of 14 women, five men and two dogs being executed (out of the 200 or so who had been accused).

During the 18th century, there was a further decline in witch trials. In 1735, the Witchcraft Act repealed all the earlier Acts in England and Scotland. However, these laws were not repealed in Ireland until 1821. The last person to be executed for witchcraft was Janet Horne in 1727. The Enlightenment saw a shift toward rational thought. However, key figures (such as Isaac Newton) still retained an interest in subjects like alchemy and the occult.

During the 19th century, the occult became popularised and there was a renewed interest in spirituality.