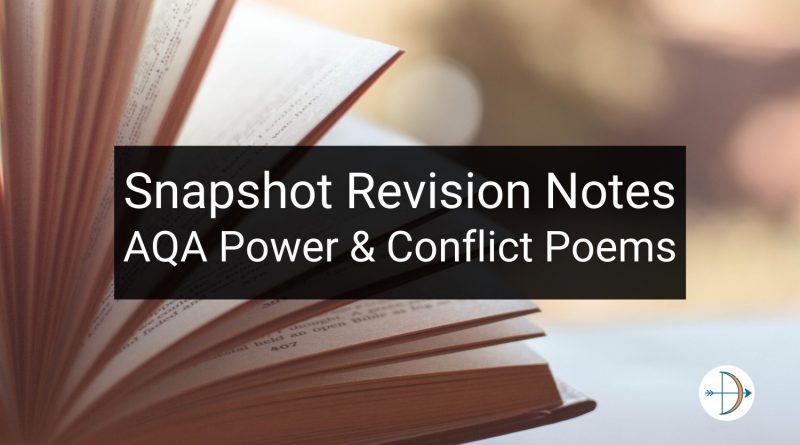 Extract from The Prelude, by William Wordsworth (1799)

The Charge of the Light Brigade, by Alfred Lord Tennyson (1854)

Here are some Amazon links to revision guides that are commonly used by students:

Search all of Doug’s resources here