Click here to access a Word document with brief notes on the context of each poem from the AQA Power and Conflict cluster.  For example… 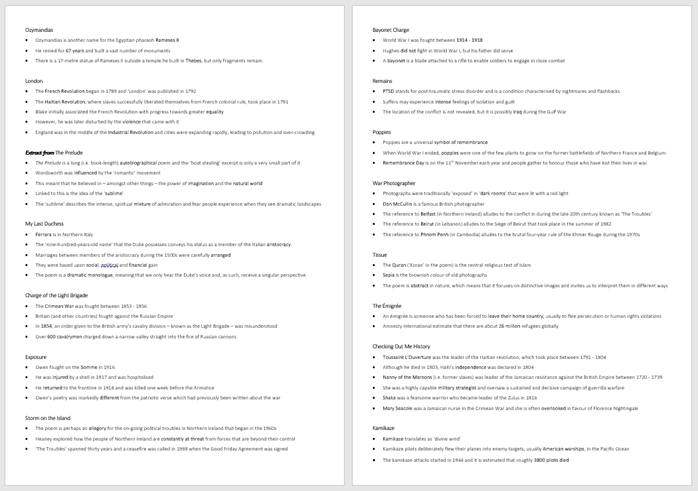 Search all of Doug’s resources here: