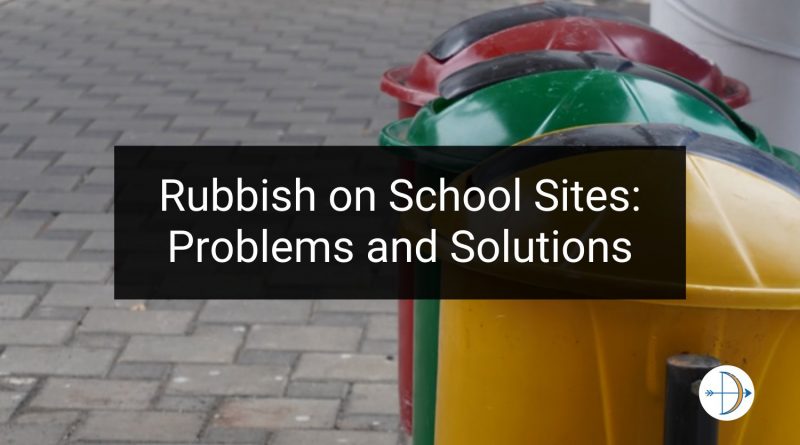 I realise as I type this that the subject of rubbish on school sites is about as mundane as it gets.  However, undeterred, I’ll press on.  So, here goes…  Even a small amount of rubbish is highly visible.  We often fail to notice the absence of rubbish, or fully appreciate a tidy site, but it’s easy to spot a discarded crisp packet from twenty paces.  And small amounts of rubbish can quickly turn into more substantial amounts over the course of a single break or lunch time.  An issue connected to this is the way in which visible rubbish then distorts social norms by suggesting that dropping it is more common than it actually is and, therefore, more acceptable.  In turn, this then makes challenging students who are caught dropping it even harder.  So, what to do?  There are six things I can think of to tackle the problem…

1. Buy more bins and place them at points which are convenient to reach

If it’s effortful and time-consuming to find a bin, it’s likely that some students won’t bother.  And even if it’s a small number who choose not to, rubbish can quickly build-up and provide a context that will reinforce undesirable behaviour.

Students are strongly influenced by what they believe their peers do (and don’t do) and will usually adapt their own behaviour accordingly.

3. Challenge those who drop rubbish

It’s far easier not to challenge students.  This is partly because individuals within a group who drop rubbish are hard to identify, and partly because challenge sometimes results in conflict.  However, ‘permitting’ the dropping of rubbish through inaction is likely to ‘promote’ it.

4. Highlight the ethical reasons for not dropping rubbish

Most students who drop rubbish know they won’t get caught, so it’s widely seen a risk worth taking.  However, fostering a sense of civic responsibility is likely to help shape positive norms and encourage more responsible behaviour.

Easy to type and hard to achieve.  However, it fair to say that most students are generally more receptive to guidelines and rules when they feel like they’re genuinely part of a community.

6. Invest in recycling and emphasise the benefits of it

The health of the planet is, rightly, particularly prominent right now.  So, capitalising on that by emphasising the wider environmental benefits of correctly disposing of rubbish and recycling seems sensible.  Good for the community and good for the planet.

Now you’ve made it to the end of the post, you’ll no doubt be grateful that I’ve spared you any jokes around stuff being rubbish or trash or trashy etc.  Think of it as a reward for persevering.