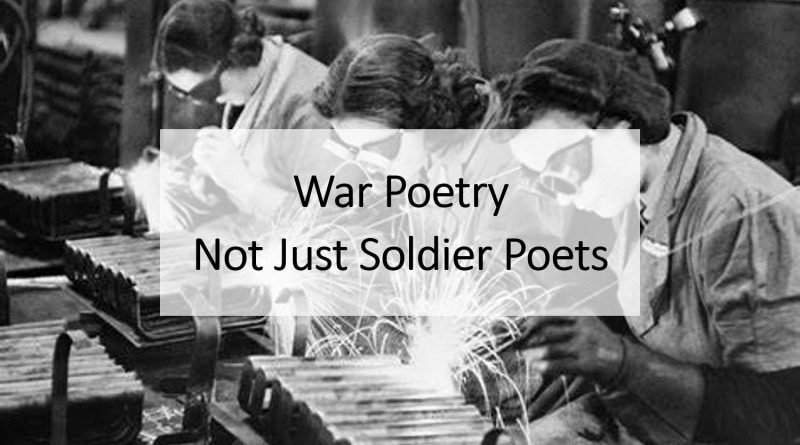 Over the past few weeks, I’ve been looking at a series of war poems with one of my KS3 classes.  I’ve covered the poems you might expect: Anthem for Doomed Youth and Suicide in the Trenches, for example.  However, what I’ve not done – yet – is explore any war poetry written by women.  There are six poems in total that I want to look at – listed below.

As a first step, to help the class understand the breadth of writing that was produced by women at the time, my plan is to spend a lesson reading and forming first impressions on all six of them.  So, the first task is to get reading.  And then, as a test of superficial engagement, the second is to match quotations I’ve chosen to each of the poems.  I’ve created a quiz on Forms to do it. 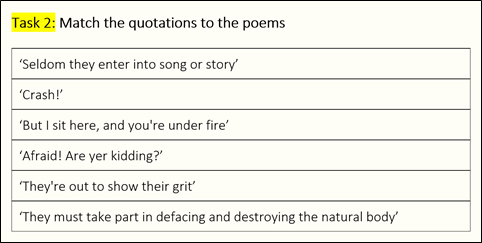 The third task is pick three relevant words from a grid for each poem.  For example, the words ‘contrast’, ‘opportunity’ and ‘duty’ are arguably all relevant to the poem Many Sisters to Many Brothers, by Rose Macaulay.  Later on, the choices that the class make will form the basis of initial discussions.  Once again, my plan is use Forms to collect responses.

Finally, I’ve provided some wider reading.  Three articles.  There’s no test of engagement or anything like that.  My hope is that the process of reading and reflecting on the poems will provide the motivation to find out more.

You can access the worksheet by clicking here – snapshot below. 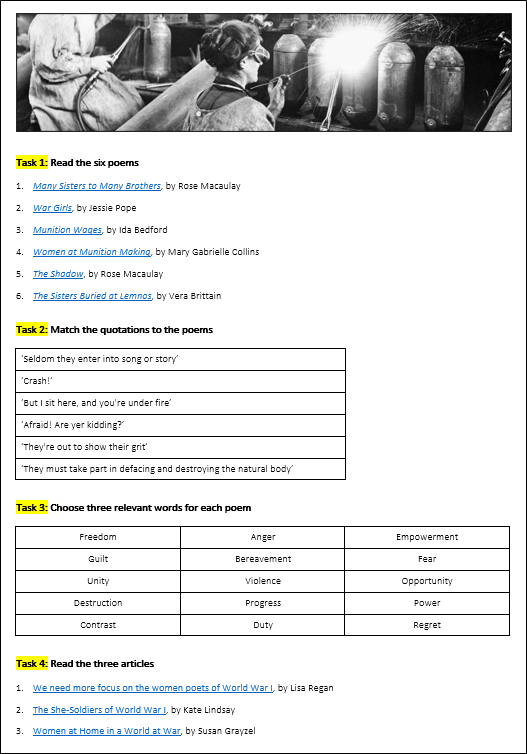